Whilst the rest of the party started from Newton Abbot, I had to start from Totnes. At least that part went to plan and we all met up in the Pig & Whistle at Little Hempston. There were seven of us; more than expected for a grey rainy day. The others were there before me and had claimed a large table. On approaching the bar I was asked if I had come to pay for all the drinks; I still can't image how they got credit, but at least they remembered to pay before they left. The Pig & Whistle is clearly a popular food oriented establishment, as its position and size suggest, so perhaps it was expected that we would be ordering meals - hard luck. There were two beers to choose from: Jail Ale and Hunter's Devon Dreamer, both perfectly drinkable.

A short walk along the main and then down a lane to the Tally Ho, our branch Pub of the Year two years running. In 2018, the lease was purchased by Mike and Kelly Joiner after returning from New Zealand where they ran a successful country pub. Here we had the choice of Exeter Ferryman, Dartmoor Legend and New Lion Pandit.

The Curious Incident of the Dog under the Table 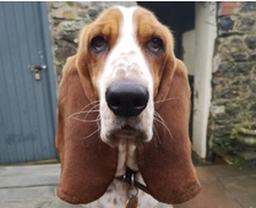 The pub dog -prepasty So we were all happily ensconced round a large table, when someone said "the pub dog is under table the eating a bag of crisps" Kelly, the landlady, must have heard and came over. "It's alright the bag's empty now" The bag was retrieved from under the table and it turned out to be not a blue crisp bag but a blue pasty bag. At this point Lawrence dived under the table and re-appeared clutching his rucksack. The zip was open and Lawrence's pasty was missing - Oh dear! Lawrence was distraught, convinced the zip had been closed when he left it, so the dog must have undone the zip to access the pasty. Who's a clever boy then? Of course we and the rest of the customers thought this hilarious, not so, I fear, Lawrence who was not placated until a replacement in the form of a cheese roll appeared from the kitchen. The dog seemed oblivious to all the fuss and wandered off in search of the next snack........

We left the Tally Ho and walked back to the main to await the number 7 bus. Lawrence was spotted quickly devouring his replacement lunch, possibly in case the next pub also had a dog! Next stop was the Two Mile Oak, a Heavitree pub, on the A381, also known for its food. However, that said, it is very different to the Pig & Whistle, in that it has a proper bar where real ales are dispensed straight from the cask behind the bar. Only two were available; Jail Ale and Otter Bitter, until busier times return and a guest ale will also appear.

This is where it all started to fall apart. I was due to leave to go back to Totnes and the rest were going in the opposite direction to Newto Abbot. I had to catch my bus or I would have a two wait in Totnes. Unfortunately it failed to arrive! Stagecoach's reputation gets worse, no wonder the travelling public are not returning to buses in droves! I was fortunate, one member had his car with him and very generously offered to run me home. As we departed for Totnes, the rest were still at the bus stop, I hope they got home........ 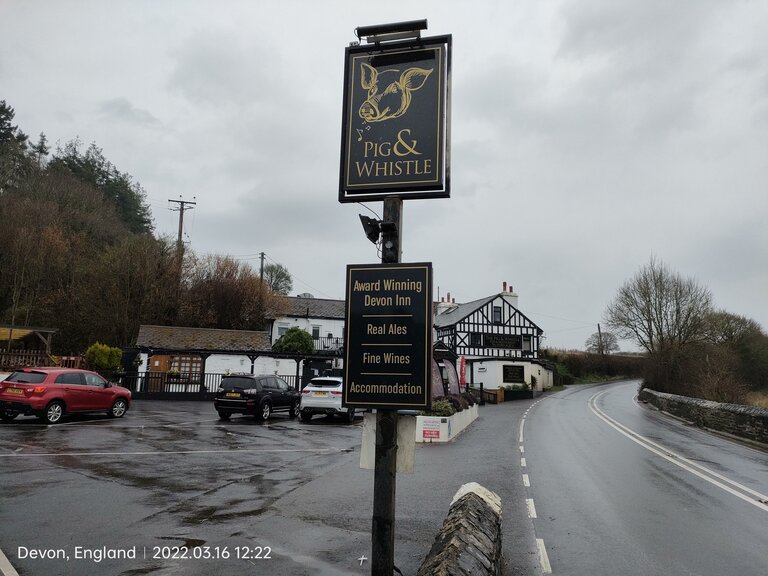 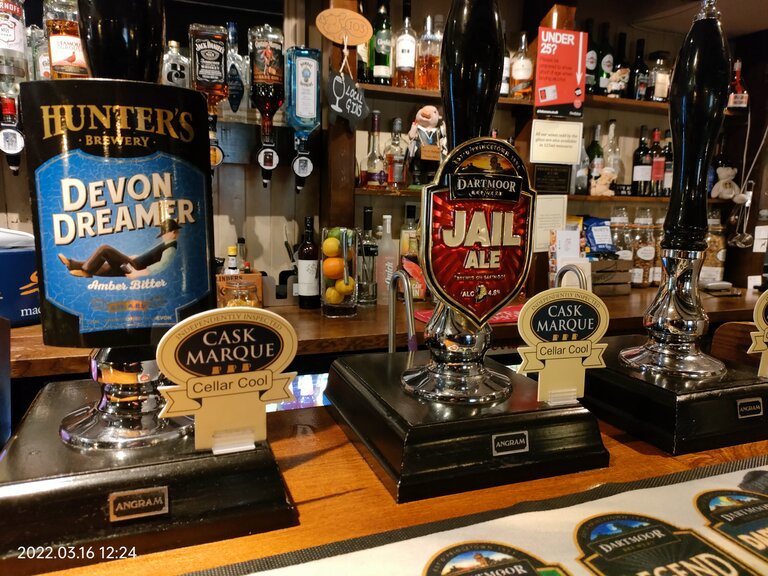 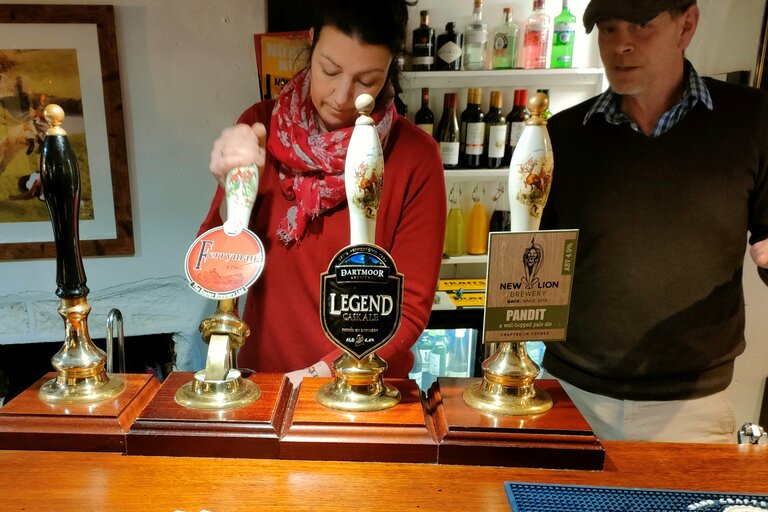 Kelly & Mike at the Tally Ho 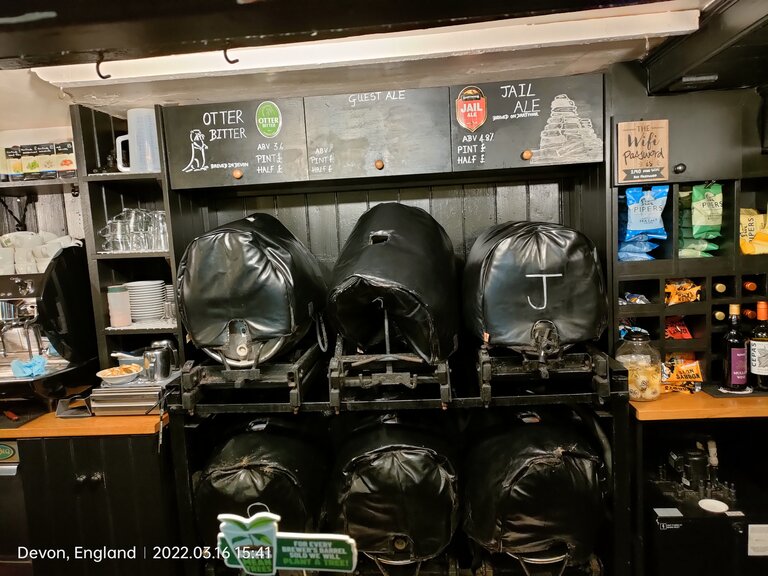 The bar in the Two Mile Oak 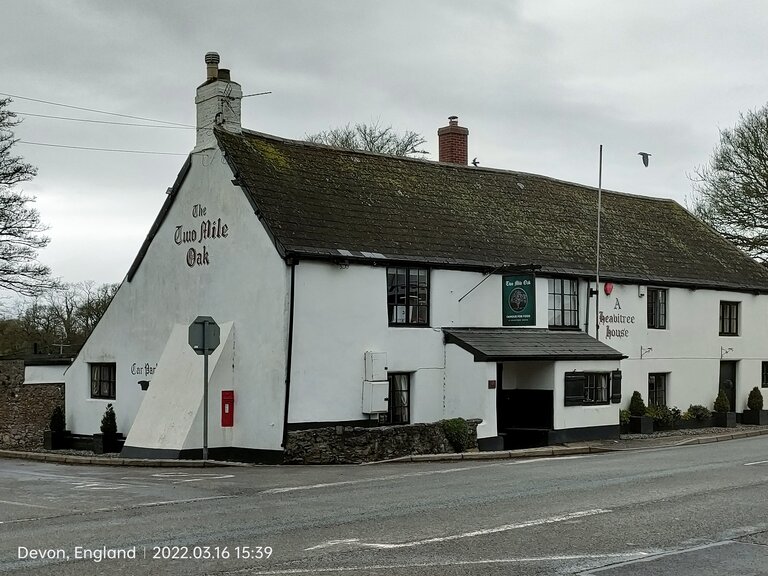